We’re well on our way on the road to WrestleMania, and the buildup will only intensify with this weekend’s WWE Fastlane. The card will feature eight matches, and if you’re a smart mark like me, you’ll be putting down some bets on who will come out ahead. Thanks to OddsShark.com, we’ve got the odds on each match. 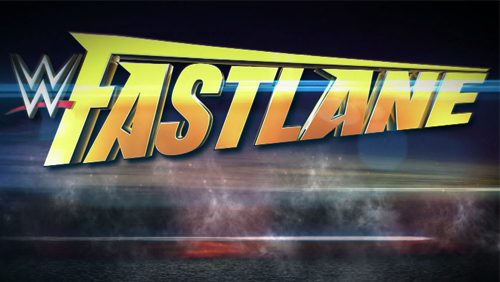 Andrade (2/3) faces Rey Mysterio (11/10) in the preshow. This match only got added to the card recently and won’t feature prominently. It could be a coin flip, but the younger Andrade could use the push more, so that’s why he’s the favorite. Since it won’t be on TV though, Mysterio could always get a win to please the Cleveland, Ohio, fans.

Next we have a three-man tag between defending champions The Revival (4/11), Aleister Black and Ricochet (9/4), and Chad Gable and Bobby Roode (5/1). The Revival are also expected to defend while making Gable and Roode look good, in an effort to build up Raw’s tag team division.

In the last tag team match, we have Sasha Banks and Bayley (1/4) defending against Nia Jax and Tamina (5/2). The Hug and Boss connection are expected to have a pretty good run with their Women’s Tag Titles, but this is the first one I expect an upset in. Having the good girls chase the titles going into WrestleMania just seems like a better story line to me.

Next up we have The Shield (1/3) against Corbin, Mcintyre and Lashley (2/1). It’s no secret that Ambrose is out of the company after WrestleMania, so again I see an upset here, leading up to a bigger blow off at the bigger show to see Ambrose out of the company.

Asuka (1/8) defends her Women’s Championship against Mandry Rose (17/4). There’s not enough buildup for this match, so look for Asuka to win and build to something bigger down the road.

Daniel Bryan (1/4) defends the WWE Championship against always underrated Kevin Owens (5/2). Bryan is bringing more attention to WWE than it’s had for a few years with his anti-baby boomer push. It makes no sense for him to lose here, thus making Owens do the job once again.

Finally we have the most exciting match of the show, Becky Lynch (1/7) vs Charlotte Flair (4/1). With Lynch getting a shot at the Raw Women’s title if she wins. The fans are so well behind Lynch that keeping her out of the WrestleMania main event would just be insanity. I would expect Lynch to win here, and then lose to Flair and Rousey in the WresleMania triple threat to draw this story out even further.